Plant a tree in memory of Theodore
An environmentally-friendly option 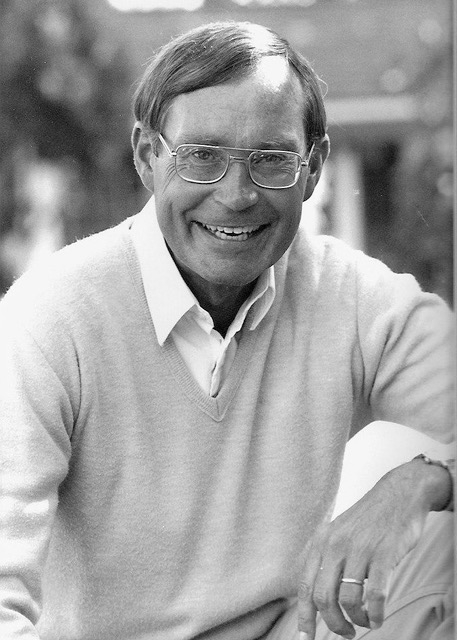 Theodore "Ted" Bartell was born on March 15, 1944 in LaPorte, Indiana.  He was the third of four children born to Rev. and Mrs. Theodore Bartell.  He earned a B.A. in education from Concordia Teachers College, River Forest, Illinois, an M.A. in sociology, Southern Illinois University, and a Ph.D. in sociology from the University of Michigan.  On Easter Sunday in 1967 he married his college sweetheart, Carol Mandeville.  They were married for 54 years and had three children, Kent (1970), Scott (1973), and Kristin (1976).   During their marriage they lived in Illinois, Michigan, New Mexico, Virginia, Iowa, and California.

Ted had a long and productive career as a social science/education researcher, leading large-scale evaluations under contract with federal and state government agencies, consulting firms, and school districts.  He also served as the West Coast Regional Assistant Vice President at American College Testing (ACT).  His final position, before retiring in 2006, was as Director of the Program Evaluation and Research Branch with Los Angeles Unified School District, where he led large scale evaluations of major district programs and reform efforts.

A patient and caring teacher, Ted also taught research methods and evaluation courses at a number of universities, including University of Maryland, University of New Mexico, Azusa Pacific and Cal State Northridge.  He advised on doctoral dissertations at California Lutheran University.  In 2002, the California Educational Research Association awarded him their prestigious Lifetime Achievement Award.

Ted was also active in his church and his community.  Ted was elected twice as a School Board member in the San Juan Unified School District, in the greater Sacramento area.  He and Carol were founding charter members of a mission congregation in Great Falls, Virginia.  He also served in a number of leadership roles at Good Shepherd Lutheran Church in Sacramento.  But his longtime church home was Ascension Lutheran in Thousand Oaks, California, where he served on the Finance Committee, the Foundation, and the Global Ministries Team.   He assisted immigrants in obtaining housing and access to social services.   He served on the Founding Board of Harbor House, an organization serving the truly needy in our own community.

Ted enjoyed travel, classical music, and especially liked combining both with trips to music festivals in the U.S. and in Europe. He loved hiking in the California and Utah mountains.  A big sports fan, he remained a staunch supporter of the University of Michigan football and basketball teams.   He was an avid reader.  Although he was diagnosed with Parkinson’s disease in 2003, he read the research, participated in clinical studies, and embarked on a rigorous exercise program to improve his quality of life in his final years.

Ted’s greatest joy was spending time with family.  He was especially thrilled that he and Carol could celebrate their 50th wedding anniversary several years ago in Hawaii with all of their children and grandchildren.

Ted is survived by his wife, Carol; their three children; five grandchildren (Sydney, Eric, Kaia, Avrie, and Sabrine); his brothers, Don and Marv Bartell; and his sister, Lois Giordano.

A Memorial Service will be held at Ascension Lutheran Church in Thousand Oaks on May 29.  The family asks that contributions in his memory be made to:  Harbor House, 430 E. Avenida de los Arboles, Suite 203A, Thousand Oaks, CA 91360.

Plant a tree in memory of Theodore by clicking here.
To send flowers to Theodore's family, please visit our floral store.

A service summary is not available

Plant a tree in memory of Theodore
An environmentally-friendly option

Plant a tree in memory of Theodore

14 trees planted in memory of Theodore

Sending love to the Bartell family for their loss, and to my close friend Kristin for the loss of her Dad. Mr. Bartell - we'll be thinking of you out on the hiking trails and ski slopes. -Katrina
Rymills and Lundberg Families

With Love, Kimberly and Jim Overton

Three Trees to symbolize Ted's faith filled love for the Holy Trinity: God, Jesus Christ, Holy Spirit. We remember Ted as a kind, loving, humorous and thoughtful man. We miss sharing faith with him.
With Love, Kimberly and Jim Overton

We don't have to tell you how sorely Ted will be missed. He was an honorable man who left a mark on the world. Please accept our heartfelt condolences on your loss
Kathy Hayes and Larry Fondation

A Memorial Tree was ordered in memory of Theodore Paul "Ted" Bartell by Kathy Hayes and Larry Fondation.  Plant a Tree

A Memorial Tree was ordered in memory of Theodore Paul "Ted" Bartell.  Plant a Tree

Loved that man!!!!   What great conversations we've had with Ted.  He was such a good contributor, and questioner, at Sunday school sessions.  He cared deeply for others, as evidenced by his founding board membership with Harbor House.  Wonderful memories will live on.  God bless our thoughts of helping others as we remember his example.

Plant a tree in memory of Theodore